This may or may not become a series also. Just like “sh*t people say about autism”, there are a few things parents of autistic kids do.. that simply are not right in my eyes.
There may be a minor educational effect, very similar those of the ‘see this family suffer!’ stories we see on the media, but displaying their own child in distress on the internet for anyone to see, judge and possibly ridicule – I just don’t understand why parents do this?!
I already see enough risks with the full exposure blogs that have photos, names and places of ANY child, let alone children with disabilities. There have been cases of abuse of imagery, nasty troll comments and so on. Once you put something on the internet, even if you delete it, copies are in circulation forever. THINK before you expose your child on the internet!

35 thoughts on “sh*t autism parents do– autistic kids on youtube.”

This work is licensed under a Creative Commons Attribution-NonCommercial-NoDerivatives 4.0 International License.
Random comix 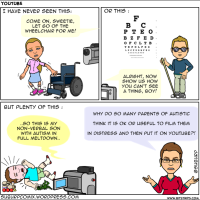 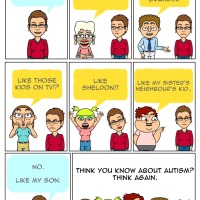 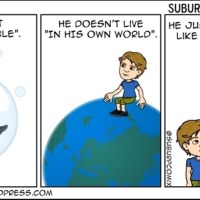 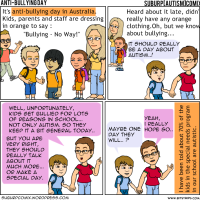